Get a Free Consultation

If you cannot stop thinking about balding areas on your head, undergoing hair transplantation is probably one of the best options you have. A few months after the procedure, you can feel better about how you look already. To learn more about hair transplants and if you are a legitimate candidate for such a procedure, feel free to contact our team at our website, we provide a digital consultation free of charge.

Are You A Good Candidate For Hair Transplantation?

Indeed, lots of people find baldness attractive, but what if you are not ready to become one. Did the medication fail to solve your issue altogether? Maybe it’s just beginning to fall down from the crown and sides of the forehead but what will it look like in a few years? If you see yourself meddled in these anxieties you might be wondering, am I a good candidate for hair transplantation?

The first criteria we investigate is the general health condition of the patient. We investigate your age, medical conditions, and the medication you take or if you had hair transplantation before first. If any factors need further attention, we want to address them right away.

The second major criterion is the health of your donor area. People with thin hair structures might get less coverage as their follicles do not produce that thick of hair. On top of that, some people do not have an abundant supply of donor’s hair in the first place, or they may have had another transplantation before. If the patient does not have that healthy donor supply, the operation is still possible. Though it’s best for the patient’s interest to have realistic expectations from the procedure

What Is Hair Transplantation Anyway?

There are two main methods of hair transplantation in practice today. There are:

So before the procedure begins, we shave the donor area of the patient. FUE operations require a complete shave while DHI patients get to spare some of their hair. After the shaving is complete, we take the patient to the operation room. Then here, our staff will require you to wear a gown and lie face down.

The Extraction Phase of Hair Transplant

The extraction phase is the same for both FUE and DHI operations. From the team, the doctor uses a tool called a micromotor to prepare grafts for extraction.

After the doctor completes the job with the micromotor, other operators step in with a tool resembling a tweezer. The next phase is the harvesting phase. Operators come and pick up grafts one by one. This process usually takes some time as follicles are delicate. While some operators pick hair follicles up, another one cleans and sorts the follicles.

The sorting part is important because some follicles produce more than one hair at once. Some have two hairs, some three, and some even have four. Why we sort them like this will become important later.

And finally, after this part is also complete, we administer anesthetics to the recipient area just like we did to the donor area.

The hair transplantation procedures up until this point are the same between the two methods we mentioned, DHI and FUE. Their difference begins from this point onwards.

DHI method is the most recent approach to hair transplantation. In the preceding method, FUE, we need to open canals before implantation (we will talk about this in more detail soon). The DHI method eliminates this aspect, and as the name suggests, we directly implant follicles.

In this method, we utilize a set of special pens called Choii pens. The physician gets to work with a set of Choii pens. The doctor in charge of Choii pens presses the pens towards the scalp with an inclination to resemble the natural growing angles of the patient’s hair.

Loading the Choii pen is a delicate job that needs attention, so multiple operators work in the background, all loading Choii pens. Usually, we employ eight to sixteen individual pens for each operation.

Transplantations done by the DHI method allow for denser implantation as the doctor opens each canal one by one, while the implant. Patients seeking more full, thick hair around transplantation areas should consider DHI as their primary option. DHI operations usually take a couple of hours longer than the alternative method, FUE. Also, DHI operations require a bigger medical team to save up time too.

After the harvest is complete in the FUE method and the recipient area gets the necessary anesthetics, the doctor comes and opens canals. Canals are tiny slots that will become the new home for the grafted follicles.

To open canals, the doctor utilizes a microblade. As we have anesthetized the recipient area, the patient does not experience discomfort at this stage as well.

Depending on the number of grafts the patient is getting, the process usually takes six to eight hours to complete.

Hair Transplant Before and After

Right after the surgery, your scalp may feel very tender. The day after the operation, we will take you to our clinic once more to remove bandaging and put on a headband. The headband will have to stay for at least two days. You may need to use some anti-inflammatory medicines and some antibiotics for a few days. We will provide the necessary medication with the requisite amount after the operation.

Most people, provided that they do not do physically straining work, can quickly return to their jobs. Often people return to their regular activities five to seven days after the procedure. However, following your doctor’s advice, in this case, will be the best thing to do.

Women usually experience what we call “diffuse” hair loss. So men usually start losing hair from certain places like the crown or sides of the forehead. Women, on the other hand, experience a kind of hair loss that affects all or most of the scalp at once. This means women do not get a receding hairline as men do.

And for some women, this is an important thing to consider. In men, the back of the head (our donor area in operations) usually keeps having a reliable supply of hair. The hair around these parts is immune to the effects of a hormone called dihydrotestosterone (DHT) which causes male-pattern baldness.

This enables our experts to do transplantations safely and securely.

Though we cannot say the same thing for a small fraction of people with female pattern baldness. In some women, the mechanism of hair loss works a bit differently. Sometimes donor areas of female patients also experience hair loss. This is mainly because the DHT, we just talked about, doesn’t discriminate between hair follicles in different areas. With an unreliable donor area, transplantation may not address the issue of hair loss properly.

So as the stigma around hair transplants dissipates, more and more women warm up to the idea of getting a hair transplant. Women who seek hair loss have their own reasons, such as:

In case you are seeking a hair transplant operation and want to know which is your best option, you can simply get in touch with us. After a quick examination by our experts, you will have all the answers you need

Often people experience a phenomenon called shock loss. At around two to four weeks after the procedure, the hair on implanted follicles falls off, entirely or partially. This shedding can happen progressively or rapidly. At any rate, this is a natural response our bodies have, and thus, there is nothing to be worried about.

After about six to nine months, most people will have 60% of their implanted grafts grow. Some patients use a popular hair growth medicine called Minoxidil at this phase. Nevertheless, we do not recommend it unless one of our experts advises you to do so.

Owing to modern techniques and approaches, the hair transplant operation does not put much of a strain on the patient. Though many don’t seem to think this applies to their wallets as well. Especially in countries with higher purchasing power, hair transplant costs reach ludicrous amounts. These countries have a higher tax rate than the rest of the world. And what’s more, often it is more costly to operate a business in these countries too.

So ever since flying with airplanes became significantly cheaper, people from developed countries began seeking certain types of treatment abroad. Countries like Turkey offer affordable yet high-quality hair transplant and medical services to people from all around the globe.

Turkey has a great track record when it comes to hair transplantation. At BeWell Turkey, we offer various types of hair restoration procedures. Our team consists of dedicated professionals who are skilled and well trained at what they do. For more than a decade, we have been serving many people who seek to improve their looks.

And when it comes to medical expenses, Turkey falls on a quite affordable range. You can get hair transplantation here for a fraction of what you would spend in your home country. And airports in Istanbul are widely known as one of the exchange stations when traveling by plane. So finding a flight cheaper than one expects is not a rare occasion.

More often than not, international patients take a short vacation where they go, especially if the place has tourist attractions.

In this respect, Istanbul is heaven. Istanbul is quite an old city with a history dating back three thousand years. Different civilizations reigned over this city throughout the decades, and thus, they all left their mark here. People from a wide array of different communities lived here, all expressing their culture and leaving us countless things to see and places to go.

More importantly, as we mentioned above, having a hair transplant operation in Turkey is the best option for you, if you:

All in all, Turkey promises a lot for those who want to have a flawless process. For getting more information about the prices and procedures, get in touch with our team. As BeWell Turkey, we will be glad to host you here, at the heart of medical tourism 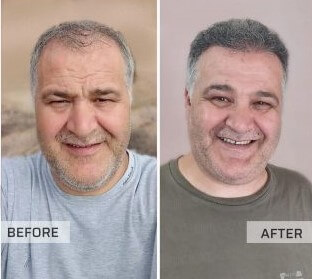 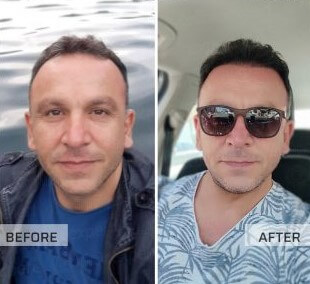 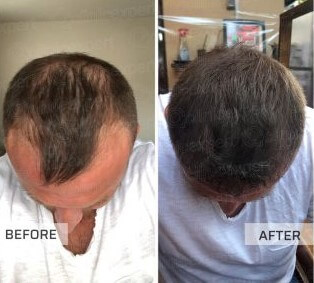 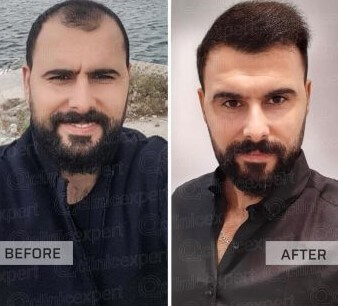 Fill out the form to the procedure and treatment options with an expert!